Accuracy is a measure of closeness of the agreement between the quantified analyte values obtained by the tested method/device and the true values of the gold reference method/device. Systematic error or inaccuracy is quantified by the average bias, which is usually expressed as the constant and proportional bias from a regression procedure. Following the CLSI EP9 method comparison guideline, the passing-bablok linear regression method was used to find the best mathematical fit between the quantified platelets obtained by PC100 and the gold reference device (MUMC). There is a close agreement between the quantified platelet values of PC100 and MUMC. Overall, the results of regression analysis showed that PC100 can count platelets of blood samples with an average bias (inaccuracy) of -3.362 (-2.312%) across the concentration range of 20-600 plt/nl. 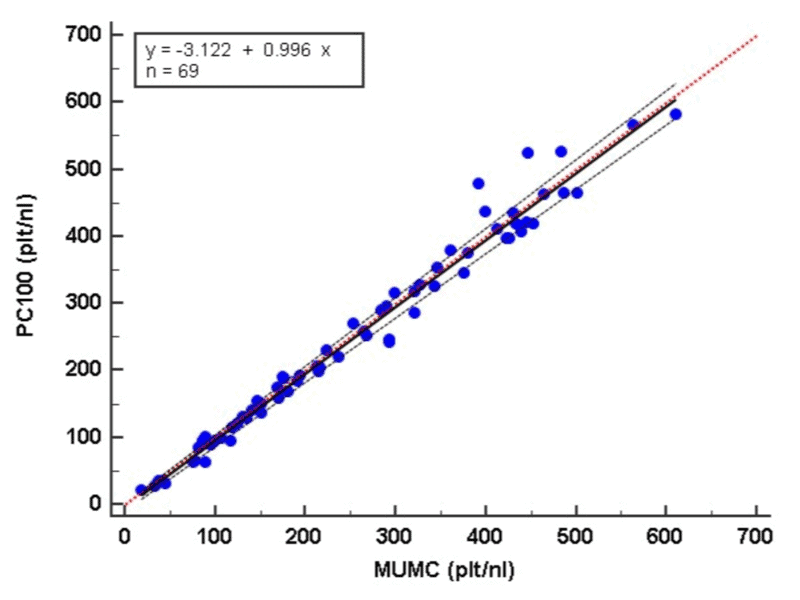 Precision is a measure of closeness of agreement between quantified analyte values obtained by repeated measurements of the same sample/object under a specific set of conditions. Random error or imprecision is commonly expressed as the coefficient of variation (CV) calculated from the results of a set of duplicate measurements. Using duplicates for each sample, the CV% was calculated for the platelets of blood samples counted by PC100 over the concentration range of 20 to 600 plt/nl. The CV% (imprecision) varies with an average of 2.5% across the measurement range. This indicating that within the range of 20-600 plt/nl, the PC100 can count platelet of blood samples with an average precision of 97.5%. 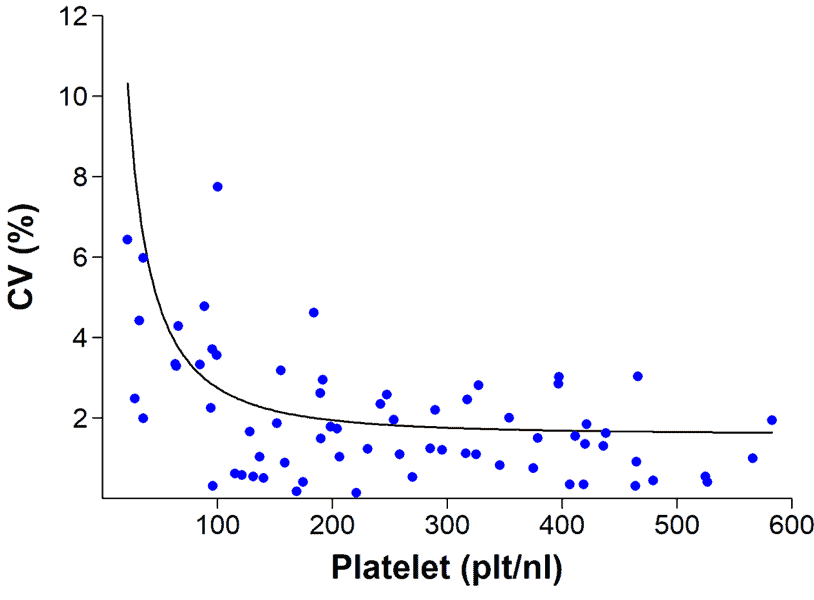